This photo makes me think of so many things when it comes to our doctors, nurses and my Bravest Avenger Jack…
I really do believe that the doctors and nurses in our hospitals etc fighting Covid 19 must have superhero courage and strength to go to work every day knowing they are literally put their life in danger.

As most of you know, my son Jack was obsessed with the Avengers, especially the Hulk and he most definitely had the strength of the Hulk as he fought to stay alive. The Avengers are on Jacks gravestone because to us, he was and always will be the Bravest Avenger.
Several weeks before Jack died, I had taken Jack to the Doctors, Jack was not a fan of the doctors and usually found the experience quite upsetting. The doctor could see Jacks anxiety, so he started to ask Jack about his school bag which was, of course……the Avengers. Jack was instantly put at ease and from then on, he thought the doctor was great because he told him how much he loved his school bag. I really do believe it is not “just a job” to our doctors and nurses.

The most poignant memory this photo brings back is of Jacks final day on this earth. He was critically in the Rah and at that point, nobody knew what was wrong with him because he had been heathy hours before. Jack was being sent for a brain scan so Dr Kelly walked Jack and I along a corridor (just like the one in this photo). As we walked, Dr Kelly started to ask me about Jack, what his personality was like and what was he into. To this very day, I can vividly remember telling him about Jacks obsession with the Avengers and Dr Kelly telling me about his children. In that moment, I knew that Jack wasn’t just a patient to him, he was a little boy that he never knew but one that he wanted to know about. Because of his warmth and compassion, I knew that Jack was safe with Dr Kelly, I knew he would look after Jack like he was one of his own. As a mum in that position, I can’t put into words the comfort that gave me. To this day, it still gives me comfort, knowing that Jack was given the best care and the best chance of survival that he could.

Some years later, Dr Kelly and I were talking, and his son was then into superheroes, and he told me how it made him think of Jack. That’s not “just a job” or “another patient”, that is somehow who cares about his job and the families he works with. I know there are so many more like Dr Kelly and I don’t believe that they get the recognition that they deserve. I think its amazing that we Clap for our carers every week but when this is all over, I hope we still take the time to recognise these Real Life Superheroes.
Dr Kelly will always be my NHS superhero. I am sure so many of us have our own stories about the doctors and nurses that have cared for our families, maybe we could take the time to share those stories and recognise the difference they have made to us. 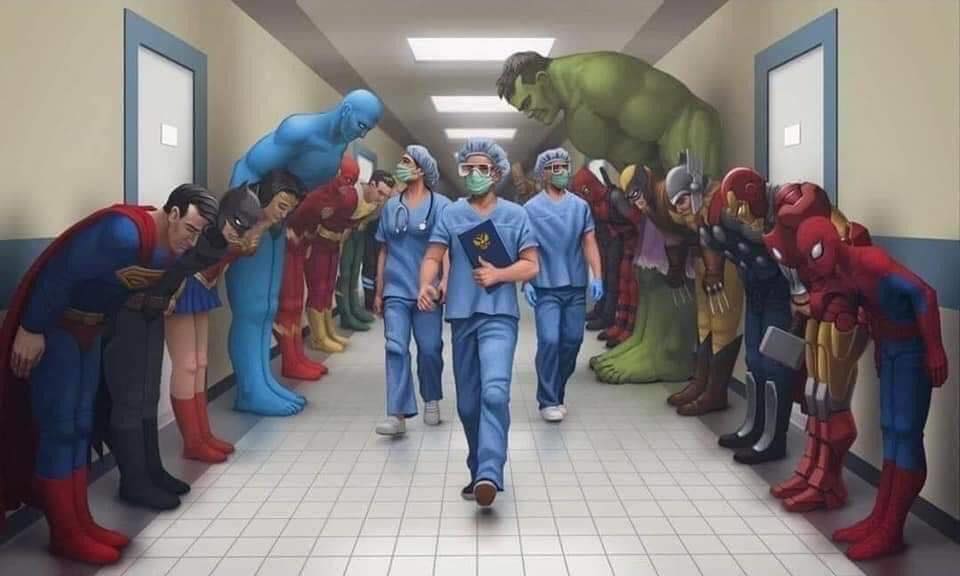