Could You Get Over It?

Would you be able to "get over it" or "move on" if your son or daughter died?

From personal experience, I know I'll never "get over it" how can I possibly get over the death of my own son? I don't think ill ever accept or understand how a healthy 5 year old can die overnight. I'll also never "move on" as that suggests I'm moving on without jack and as his mum...im never going to let that happen.

Grief comes with many physical symptoms, sickness, fatigue, body pains, chest pains, anxiety, headaches but many people don't know that. The emotional and mental side effects of grief can be overwhelming but just because people can't physically see them...doesn't mean they don't exist.

Don't let someone who is grieving to "move on" or "get on with it" instead try to support and listen to them. Try to think how would you want someone to treat you if you ended up in that situation.

Brightest star is always here to support families who are suffering from the loss of a son or daughter at any age, from any cause of death 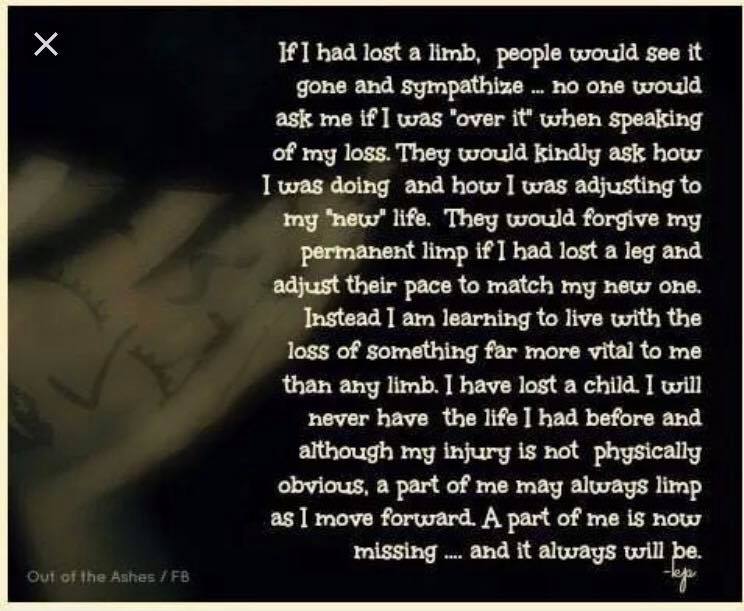